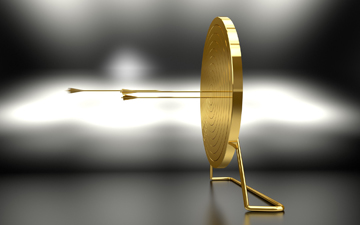 CFO steers Ontario Workplace Safety and Insurance Board past controversy

TORONTO, May 2, 2019 – Pamela Steer, FCPA, FCA, the chief financial officer of Ontario's workplace compensation board, has been named Canada's CFO of the Year™ for 2019. Now in its 17th year, the award honours “senior financial leaders who have made significant contributions to business in Canada with demonstrated quality, insight and integrity.”

Steer joined the Workplace Safety and Insurance Board (WSIB) in 2012, almost halfway through the tenure of WSIB president and CEO David Marshall, FCPA, FCGA, a controversial period in the 105-year history of the former Workmen’s Compensation Board. As detailed in CPA Ontario’s D&A Magazine, the WSIB under Marshall’s leadership eliminated an unfunded liability of more than $11 billion nearly a decade ahead of schedule.

That led the Ontario Liberal government to announce, in 2018, that the WSIB would reduce its average premium rate to 29.8 per cent in September 2019. Employers and constructors were elated by the cut while workers and labour advocates cried foul. The board continues to be a flashpoint for employer and labour relations; in March, WSIB workers staged a walkout to protest a new customer service model. Marshall himself, dubbed “the man injured workers ‘love to hate’” by the Toronto Star, left the WSIB in 2016.

Steer led the WSIB through a major transformation, according to the award’s sponsors, that resulted in improved financial operations and helped to increase public trust and credibility of the crown corporation. Over the last few years, she has focused on ensuring the WSIB has the right talent, hiring more accredited accountants with private sector experience, strengthening actuarial expertise, and investing in training programs to foster young professionals' development.

In April, Steer announced the WSIB was changing the process of how premium rates are calculated, reducing 155 rate groups to 34 rate classes. “We really looked at how we could change the offering to our customers, such that it would make more sense for the modern day,” Steer told Benefits Canada. “So leveraging technology, big data and risk analytics in order to more transparently provide employers with their premium rates and also to base it more on the risk they present.”

According to Chelsea Rasmussen of the Toronto legal firm Dentons, “In preparing for the new system, employers should note that the severity of workplace accidents (as affected by the length of time that injured employees spend away from work) will become increasingly important for setting premium rates.”

Steer is also head of finance and employer services at the WSIB. According to the award’s press release, she is “passionate about mental health issues, she created the WSIB's first ever mental health in the workplace policy and mandatory training for senior leaders.” Steer selected the Centre for Addiction and Mental Health (CAMH) as her charity of choice to receive the award’s gift of $5,000.

"Pamela Steer's outstanding efforts at the WSIB epitomize exceptional leadership and dedication — congratulations to her on this well-deserved achievement," says David King, senior director at Robert Half Canada.

"The CFO of the Year™ Award provides a unique look at how strong financial stewardship coupled with collaboration, innovative thinking and responsible governance builds inspired teams and helps organizations thrive,” continued King. “The successes of all our finalists are a testament to the expertise and integrity we have at the forefront of Canadian business."

Financial Executives International Canada (FEI Canada), PwC Canada and Robert Half are all presenting sponsors of the 2019 Canada's CFO of the Year™ Award. The Award is also supported by the Chartered Professional Accountants of Canada (CPA Canada), Ricoh Canada Inc. and SAP Canada Inc. The Globe and Mail is the program's media sponsor.