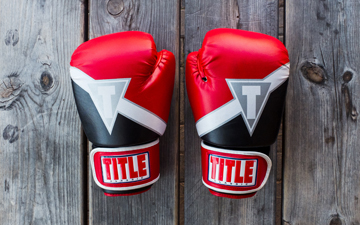 TORONTO, Sept. 25, 2018 – It used to be that fighting the Canada Revenue Agency (CRA) was like fighting city hall — soul-sucking and futile — and the CRA could not be held liable for negligence.

No more! On July 31, 2018, the Honourable Judge Stephen W. Hamilton of the Québec Superior Court released an historic legal decision on the issue of the CRA being liable for damages for the tort of negligence. At the root of the case were the investments of two wealthy Montreal businessmen, Irving Ludmer and Arnold Steinberg, in St. Lawrence Trading Inc., and an audit that the CRA abandoned in 2014.

This precedent-setting ruling culminates the process started with Irving Léroux (Léroux v Canada Revenue Agency) in 2014, who had convinced the Court that a duty of care existed between the CRA's audit division and the taxpayers whom it audits. The B.C. Supreme Court admitted that the potential power imbalance between most taxpayers and the CRA could result in a business going bankrupt due to aggressive CRA audit and enforcement actions.

The case was a pyrrhic victory for Mr. Leroux since the court was not convinced that his damages were caused by the behaviour of CRA personnel.

Recently, in Samaroo v CRA, two taxpayer spouses were successful in holding the CRA liable for damages under the seldom used tort of misfeasance of public office. However, the CRA had avoided a judgment for damages for the normal common-law tort of negligence.

Bermuda and the billionaires’ audit

There was a sea change with what appears to be little fanfare in the media upon the release of Ludmer c. Attorney General of Canada, 2018, which held that the CRA can and will be held liable for damages in negligence where its actions create a measurable harm to taxpayers when it abuses its powerful audit mandate. The claim was granted and the CRA was forced to pay approximately $4.8 million in damages for negligence exercised throughout a protracted and abusive tax audit.

In 2005, the CRA began the Related Party Initiative, known as the "billionaires' audit." The CRA audited a number of high net-worth individuals who had a history of paying low income tax.

Between 2006 and 2012, the CRA engaged in a massive audit. In May 2012, it issued final tax reassessments against certain investors totaling more than $25 million. The audit report contained four different grounds to support the reassessments, which were promptly objected to by the plaintiffs and subsequently appealed to the Tax Court of Canada.

After the appeals were instituted, the CRA attempted to gather evidence of gross negligence to substantiate the gross-negligence penalties levied. The CRA wrote to the Bermuda tax authorities to gather information related to a "criminal tax matter." The plaintiffs’ lawyer caught wind of the request and demanded that it be withdrawn, which the CRA did, in time.

Based on the length of the tax audit and actions of the CRA, the plaintiffs sued for negligence, suing for damages and punitive damages. Although the Court did not allow all of the plaintiff's arguments, this case is a watershed that proved that the CRA does have an obligation to the public when it exercises its audit powers and, should it overextend its powers, it will be forced to pay recompense.

The Court held that, although there was a long common-law tradition of the CRA being immune to negligence claims during the performance of an audit, the plaintiffs had the advantage of having been residents of Québec. The Court held that common-law concepts of duty of care, proximity, etc. had no effect and instead the Québec Civil Code applied.

The Civil Code, in conjunction with the Crown Liability and Proceedings Act and the Supreme Court of Canada's decision in the R v Imperial Tobacco case led to a finding that the CRA could only be immune from a negligence claim if it were taking action in accordance with its true core policy.

The true core policy of the CRA is limited to the calculation and collection of taxes, and the CRA itself is not charged with exercising a legislative or regulatory power or setting tax policy — this is the core policy only of the Department of Finance. The Court held that the CRA could not claim immunity from an action in negligence in Québec and that it is subject to the regular civil standard of fault in that province.

The CRA must act reasonably when it performs an audit.

The Taxpayer Bill of Rights is an important document that speaks to how auditors must conduct themselves during the audit, which is merely an administrative function. Negligence is sufficient to establish fault and it is not necessary to establish that the CRA acted maliciously. Intentional conduct is only necessary for a finding of punitive damages. The CRA can be wrong without being at fault; it is not at fault if it takes a reasonable position which later turns out to be incorrect. The CRA’s powers under the tax statutes must be exercised reasonably and not in an abusive way.

The CRA was negligent and had improperly conducted its tax audit by creating and refusing to abandon clearly untenable tax reassessment positions; failing to provide notice of forthcoming tax reassessments after promising to do so; making a request to the Bermuda authorities with reference to a "criminal tax matter"; acting improperly in attempting to railroad through a settlement on issues it had already decided to abandon during the Tax Court Appeals; and the failure to properly disclose information through the Access to Information Directorate.

The Court found no intentional malice on behalf of the CRA, so did not award any punitive damages.

Outside of Québec, taxpayers face common-law decisions of the various Courts where caselaw still supports the proposition that the CRA cannot be sued for negligence, the sole exception being the Leroux case, which resulted in a finding of a duty of care by the CRA but no actual negligence.

Ludmer represents a judicial thawing of the concept that the CRA cannot be held liable for damages in negligence. We expect that taxpayers will be able to hold the CRA accountable in the common-law courts in time, given the correct factual circumstances.

David J. Rotfleisch, CPA, CA, JD, is the founding tax lawyer of Rotfleisch & Samulovitch P.C., a Toronto-based boutique tax law firm. He appears regularly in print, radio and TV. With over 30 years of experience as both a lawyer and chartered professional accountant, he has helped start-up businesses, resident and non-resident business owners and corporations with their tax planning, with will and estate planning, voluntary disclosures and tax dispute resolution including tax litigation and voluntary disclosures. Visit Taxpage.com and email david@taxpage.com.

A look at the leading case and subsequent case law