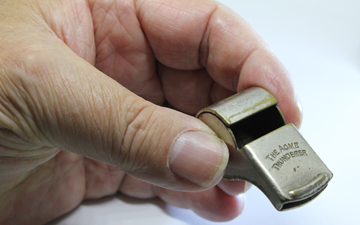 A look at the program's numbers with securities lawyer Natalia Vandervoort

TORONTO – In July 2016, the Ontario Securities Commission ("OSC" or "Commission") launched the first whistleblower program ("Program") in Canada to provide compensation to "whistleblowers" for confidential tips that result in successful prosecution of individuals engaged in corporate misconduct. In February 2018, Anna Markiewicz of our firm explained the Program in an article that can be found here. This article provides key Program updates that have occurred since February 2018 and our views on the potential challenges faced by the Program in evaluating its success.

The Number of Tips Received and Awards Paid Out

On June 29, 2018, the OSC released its first (and only) update on the progress of the Program. [1] It disclosed that the Program had generated approximately 200 tips since its inception and that approximately 7% of those tips resulted in "active investigations" by the OSC's Enforcement Branch, the branch responsible for investigating and litigating breaches of the Securities Act.[2]

In particular, at the time of the update, 19 of the tips received warranted further action and were referred to OSC's Enforcement Branch and 15 of the referred matters resulted in active investigations. To preserve the confidentiality of the tipsters and the integrity of the Program, the particulars of those active investigations will not be released to the public. The update further disclosed that 68 (or 35%) of the tips were in the process of being shared with another OSC branch or another regulator for further action. The update also noted that 45 (or 22%) of the tips were under review.

The above suggests that almost half of the tips received by the OSC warranted further action. The numbers may be even higher depending on the outcome of the tips that were still under review at the date of the update. This speaks to the potentially high quality of the tips that are being received from the public.

On February 27, 2019, the OSC announced that it had made its first payments under the Program. It had paid out a $7.5 million award to three whistleblowers who had disclosed misconduct on three distinct enforcement matters. The information provided by the whistleblowers was described as "high quality, timely, specific and credible information".[3] However, the OSC did not provide details on the quantum of payment for each individual matter.

The OSC anticipates that this payout will incentivize more individuals to "blow the whistle" on corporate misconduct. In response to the announcement, Maureen Jensen, chair of the OSC, remarked that the Program has "proven to be a game-changer" for the OSC's enforcement efforts.[4] Given the ongoing "active investigations", we expect to see more announcements of awards paid to whistleblowers very soon. The pressure is on the OSC to bolster the profile and credibility of the Program.

Comparison with Other Whistleblower Programs

For some perspective, a comparison with the performance of the Dodd-Frank Whistleblower Program launched by the U.S. Securities and Exchange Commission (the "SEC") in 2010 (the "SEC Program") is useful, while keeping in mind the significantly larger size of the capital markets the SEC regulates.

In-House Counsel Are Precluded from Receiving a Whistleblower Award

The definition of "original information" in OSC Policy 15-601 Whistleblower Program excludes information that a whistleblower has obtained through a communication subject to solicitor-client privilege, and subsection 14(3) provides that no award will be issued for privileged information.[8] The exceptions enumerated in subsection 15(2) that permit payments of awards for otherwise ineligible classes of individuals do not apply to in-house counsel in respect of matters that arise while acting in a legal capacity. Previously, the application of these exceptions to in-house counsel was in contemplation of situations where an employee has both legal and non-legal functions within an organization and "blows the whistle" on a matter that arises while the lawyer is acting outside of his or her legal capacity.[9] The purpose for the Amendment was to clarify that its intention was not to incentivize professional misconduct on the part of in-house lawyers.

Due to this amendment, in-house counsel must now consider when, how, and in what capacity they acquired the subject information.[10] This raises a number of potentially difficult considerations for lawyers in those roles. The Amendment serves as a reminder to in-house counsel that their duty to preserve the confidentiality of their clients trumps the potential value of the information in their possession.

Most recently, Ontario's budget plan for 2019 noted that the provincial government intends to propose changes to capital markets legislation that will include clarifying the awards payment under the Program as part of its plan to modernize the legislation.[11] To date, no further details to the proposed changes have been announced.

What is evident, however, is that whether or not the Program will accomplish its aim of deterring improper conduct on the part of individuals and corporations ultimately depends on prospective whistleblowers' cost-benefit analyses of the value of "blowing the whistle" versus the potential financial and reputational risks in the event that their anonymity is compromised. We look forward to the OSC publishing a further update on the performance of the Program.

This article was originally published on Mondaq by Natalia Vandervoort, an associate at Crawley MacKewn Brush LLP (CMB) in Toronto, and Melanie Zetusian of CMB. Editor's Note: The OSC recently published its 2019-2020 Statement of Priorities and announced that it plans to enhance the profile of its whistleblower program. Image by bluebudgie from Pixabay.

[6] In 2017, the SEC ordered whistleblower awards to only approximately 12 individuals.