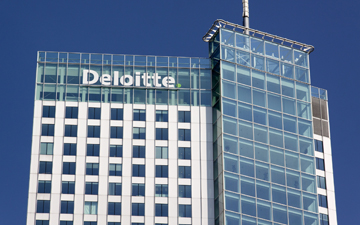 TORONTO, Dec. 20, 2017 – In a landmark legal decision for the Canadian accounting profession, the Supreme Court of Canada has ruled that Deloitte LLP is liable for losses resulting from a "negligent statutory audit" of Livent Inc., which filed for bankruptcy in 1998. In what appears to be the end of a long-running dispute over auditor liability, the Supreme Court found that "Deloitte owed Livent a duty of care, which it breached."

The Supreme Court's decision upheld an Ontario Superior Court decision in 2014 finding that Deloitte owed a duty of care to provide accurate information to Livent’s shareholders. Deloitte appealed that ruling, first to the Court of Appeal for Ontario, then the Supreme Court, stating the court erred by “ultimately permitting a thoroughly fraudulent corporation, whose directing minds deceived both its auditor and investors, to effectively be indemnified by its auditor for the disproportionate losses suffered by stakeholders.”

Four justices upheld the ruling, while three, including former chief justice Beverley McLachlin, dissented in part. The Supreme Court reduced the lower court's ruling of $85 million in damages plus accrued interest to $40.4 million in damages for which Deloitte is liable. "Deloitte cannot rely on either the defence of illegality or of contributory fault, because the fraudulent acts of Livent’s directors cannot be attributed to the corporation," said the Supreme Court.

The ruling is significant, according to James Lane, a professional liability lawyer with Bersenas Jacobsen Chouest Thomson Blackburn LLP. "A crucial point of disagreement between the majority of the Supreme Court and the minority relates to the question of what is needed to prove reliance on an auditor’s work. Increasingly, courts are not looking at what use shareholders actually made of audited financial statements, and require no evidence of how they may have acted differently with different information," says Lane.

"The majority in this case were willing to presume how the shareholders group at the time of the audit would have reacted had Deloitte resigned from the audit. They did so by reference to the actions of a later shareholder group who immediately sought creditor protection when much greater losses were uncovered. This approach pushes auditors closer in the direction of being (in the words of the dissenting Chief Justice) the “virtual guarantor” of the audit client from the point in time of an auditor making a negligent error."

Deloitte had argued that corporate auditors would be forced to resign from audits in order to minimize the risk of "catastrophic" damages. "We are pleased with the Supreme Court of Canada’s decision to allow Deloitte’s appeal in part, reducing the damage awarded against Deloitte and the scope of auditor liability," said a Deloitte spokesperson today to Canadian Accountant. "At the same time, we need to carefully review the decision to better understand what the Court concluded and the longer term implications for the profession."

The Chartered Professional Accountants of Canada, which held intervener status in the case, had argued that “the legal and practical impact of an expansion of auditor liability will bring the likely consequences of indeterminate liability into sharp relief.” In a statement today to Canadian Accountant, CPA Canada said it "respects the decision of the courts. We will need to study the ruling in depth and make a full assessment before we can provide any informed view."

The Canadian Coalition for Good Governance (CCGG) also held intervener status in the case. "The Supreme Court of Canada's decision today in the Livent case is consistent with the Court's holding in the Hercules case 20 years ago," said CCGG Executive Director Stephen Erlichman, "confirming that the purposes of an audit are to protect the company from the consequences of undetected errors or possibly wrongdoing and to assist the collectivity of shareholders in their task of overseeing management. The Court confirmed that an auditor's negligence in auditing a company can result in damages that are recoverable by the company in a derivative action."

Added Erlichman, "The Court also stated that it would not be in the public interest in this case to allow the fraud of directors and management of the company to be a defence."

Al Rosen, author of Easy Prey Investors, expressed disappointment in the decision and its reduction of damages. "The Supreme Court has not seriously addressed what is happening with the misuse of financial information," said the founder of Rosen & Associates, a Toronto-based litigation and investigative accounting firm. In terms of protecting investors through the integrity of financial statements, says Rosen, "it looks like we're going to remain in the dark ages."