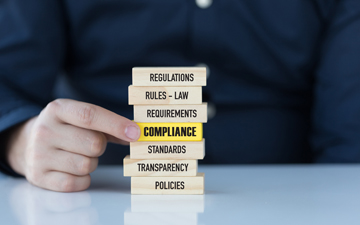 TORONTO, November 7, 2017 – Auditors of public companies listed on the TSX will be required to report significant new information in audit reports, likely as of December 2020, according to the Auditing and Assurance Standards Board (AASB).

“I do want to be clear that the Board does need to go through its formal due process and oversight by its oversight council before finalizing any of the conclusions,” says AASB Chair Darrell Jensen, but it appears that key audit matters (KAM) will become a standard part of the financial reporting process for Canadian accountants, auditors and investors.

The news closely follows the announcement by the U.S. Securities and Exchange Commission (SEC) on October 24 of its unanimous approval of similar “critical audit matters” (CAMs) rules by the Public Company Accounting Oversight Board (PCAOB).

After hearing from Canadian stakeholders, the AASB believed it would be inappropriate to mandate KAM until the PCAOB finalized its reporting standards, due to the close integration of capital markets in Canada and the U.S. “As a Board we have listened very carefully and wanted to be very purposeful in our timing as to when we would adopt key audit matter reporting in Canada,” says Jensen.

He points out that “over 50 per cent of the market capital of entities listed in Canada is comprised of entities that are cross-listed.” The AASB has been “transparent” in stating its stakeholders made it very clear that Canada should take a wait-and-see approach before making a final decision.

Canada has adopted international standards on auditing (ISA) effective December 15, 2018, but Canadian Auditing Standards Rule 701, key audit matters (CAS 701), was not required for companies. “The AASB will be deciding over the next few months whether to introduce specific KAM requirements under CAS 701,” says Jensen. “The deliberations will consider which audits KAM would apply to and what the timing will be.”

The new standard does not require approval by securities regulators such as the Ontario Securities Commission (OSC), as the AASB is independent of securities regulators in Canada. But Cameron McInnis, Chief Accountant at the OSC, says “We support moving forward with this standard for TSX issuers, and have been providing input to the AASB on the implementation of this standard along the same timeline as the U.S. adoption.

“We will continue to work with the AASB as they make their final decision on the standard, including exploring options for smaller companies,” continues McInnis. (The Canadian Securities Administrators agreed with the OSC statement.) Indeed, according to Jensen, the U.S. implementation will be staged in two tranches, beginning with large accelerated filers. The AASB will use a later timing to coincide with the application of CAMs reporting by the majority of U.S. companies.

Two contentious issues that elicited comment on both critical and key audit matters was boilerplate reporting and the unintentional disclosure by auditors of corporate information.

“The experience to date internationally has been that we have not seen boilerplate reporting,” says Jensen. He points out, however, that the AASB will take a “staged approach” to support auditors, audit committees and reporters, to effectively implement the standards.

As for unintended disclosure, the International Auditing and Assurance Standards Board (IAASB) has made revisions to some proposals, such as providing original information about the entity. Indeed, the delayed timing of KAM implementation in Canada may be beneficial, in adopting best practices.

“Learning from the experiences of the other jurisdictions, I think it’s going to help us implement the standards effectively and efficiently here in Canada as well,” says Eric Turner, principal in the auditing and assurance standards department at the Chartered Professional Accountants of Canada.

What will a key audit matter look like to the average investor? Jensen says that, of necessity, the auditor’s report will be longer and more “entity-specific” than it has been in the past. “The discussion of key audit matters will appear near the front but after the opinion,” he says.

Jensen says that the overall package of changes will improve audit quality but the AASB recognizes that this significant change will require support to ensure its effectiveness. That includes drawing on the best practices and experiences of other jurisdictions.

The AASB will also publish a revised auditor reporting guide later this year. It has also made the draft standards available to provincial bodies to get a “head start” on the education of auditors through professional development.