These 3 US tax breaks could start a Canadian exodus 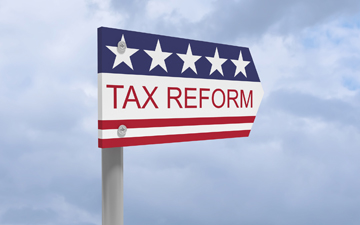 TORONTO, Jan. 4, 2018 – With the recent passage of U.S. tax reform, Canada and the United States are on divergent taxation paths, according to Canadian accountants with cross-border business, that could lead to an exodus of Canadians and capital to south of the border. The two countries, “in my mind, are just going in opposite directions,” says Steven Flynn, a partner in the Richmond, B.C. office of W.L. Dueck & Co. LLP, a member of Andersen Tax LLC in San Francisco.

“Here’s Canada, which is discouraging income splitting and attacking small business,” says Flynn, a specialist in cross-border tax solutions. “And here’s the U.S. going the opposite way, trying to lower tax rates. The two countries seem to be going in the opposite directions. We’ve had this 20-year run where Canadian tax rates were very competitive compared to the U.S.”

According to Flynn, there are three reasons why President Trump’s tax cuts could lure Canadians to the U.S., with “some pretty serious implications” for Canadian business.

1. Lower corporate tax rates. The U.S. has cut its combined state and federal tax rate of roughly 40 per cent to 26 per cent, which is similar to that of Canada. That change will entice Canadians with businesses — especially virtual tech companies without plants or employees — to move to the U.S.

Flynn says he recently had a client with the capital to start a business in the U.S. or Canada, and he chose to start the business in California rather than British Columbia.

Furthermore, in Canada, the top marginal income tax rate is reached at approximately $200,000, whereas the top rate is not reached in the U.S. until $500,000 of income.

3. Income splitting. “The ability to split income is disappearing in Canada,” says Flynn, “but it’s always been there in the U.S., because you can file a joint tax return with a married or same sex couple. If you have a non-working spouse, that can save $8,000 to $12,000 a year in tax.”

While other factors, such as cost of living and health insurance, may temper decisions to move, Canadian accountants like Flynn say the trend is concerning. “We’ve seen it in our own practice over the last couple of years, of Canadian families moving to the U.S. for a variety of reasons,” says Flynn.

Some are young entrepreneurs who are attracted to larger capital and sales markets, and now see lower taxes as another reason to leave. Others are older families who wish to live in the U.S. longer. “My fear is that there’s going to be more of that in the next five years,” says Flynn.