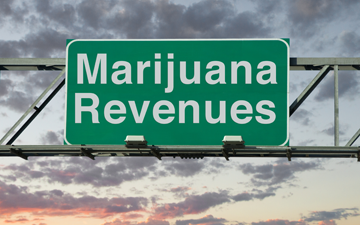 Canadians accepted the adoption of IFRS primarily because we were told it would improve financial comparability around the world, it was a “mere extension” of previous Canadian GAAP, and it constituted improved financial reporting. Plenty of evidence now exists that none of these claims are close to reality in Canada. Those who believe otherwise should simply read a cross-section of recent audited IFRS financial statements and realize that a major step backwards occurred when IFRS became adopted.

Nowhere is this more evident than in the fast-growing marijuana industry. Canadian growers are receiving clean audit reports showing huge profits, when the vast chunk of alleged but audited profit is simply management’s inflated “valuation” of their still-growing marijuana plants.

One of the most devastatingly false claims about IFRS was that it was a “principles-based” extension of old Canadian GAAP. The latter, for many decades, was based on not recording and reporting unless high quality, third-party evidence existed. Only actual dollars of completed transactions were worthy of reporting. Yes, phony trades could occur but collusion would be required, and verification steps would have to be carried out.

In sharp contrast, IFRS encourages corporate management to record their chosen “value” of assets, and the corresponding income, without the need for a third-party sale, and confirmation of cash collection.

We can only speculate on the behaviour of the accountants and the auditors in arriving at the marijuana plant “values.” How much test-smoking has to occur before the to-be-reported values are chosen? Unless an active market with verifiable prices is readily available, the audited figures become highly speculative. Active, unbiased markets simply do not exist for many asset and liability situations.

Old Canadian GAAP recorded which horse won the race and by how much, which came second, and similar statistics. IFRS, in contrast, heavily leans upon speculation about which horse may win a future race, despite all the uncertainties that the future holds. The distinction is not trivial. IFRS is the exact opposite in evidence requirements to old Canadian GAAP, not a “mere extension.”

Covering-up dreadful, recent past performance has become child’s play under IFRS, and management still receives its big bonuses. The more freedom given to corporate management to value marijuana-type assets, the less “comparable” across the world are the figures. Comparability is, at best, merely an IFRS dream for far too many industries.

When Cash is “Up in Smoke”

Another deficiency of IFRS is that it constitutes an extreme of accrual accounting. That is, extensive non-cash-based valuation adjustments (such as for capitalized leases) separate the months or years between reporting a profit, and when cash might eventually be received for related sales/services/financial accomplishments.

Validating the credibility of reported profit by comparing it with current cash flow from operations has long been a useful analytical tool. But when revenue can be recognized using a 50.001% of management-decided probability of eventual cash collection, combined with vague concepts such as hoping to receive future “economic benefits,” a major disconnect in time and dollars occurs.

In essence, IFRS is an extreme example of rejecting traditional bargained measurements of what constitutes cash-verified income or profit. Cash interest received from having invested in a bond surely is evidence of earnings or income. Promises of future dividends form the basis of potential frauds and Ponzi schemes.

EBITDA was an early attempt by tricksters to inflate reported income. Adjusted EBITDA and other non-GAAP measures then widened the gap between actual cash receipt and reported fake income. In my opinion, IFRS is a swindler’s dream — invent your own, hallucinated dollars of profit. This is exactly what has occurred now in Canada.

What Should Be Done?

Canada has an especially long history of financial failures, from financial institutions like Castor Holdings and Confederation Life, to rosy valuations of property utilized by corporations to cover up for non-receipt of cash interest and principal on mortgages. Investor losses are typically in the billions for such reported profit versus operating cash flow disassociations.

That history was ignored by the adopters and proponents of IFRS. Canada has repeatedly displayed a fondness for attracting new capital from unsuspecting people. Our assumption that an endless supply of victims exists is worthy of debate.

We should conclude that the foundations of IFRS are irreparable and a far too flimsy foundation upon which to build a future for financial reporting. We should accept that fact before millions of dollars in investment in the most Canadian recent fad goes “up in smoke.”